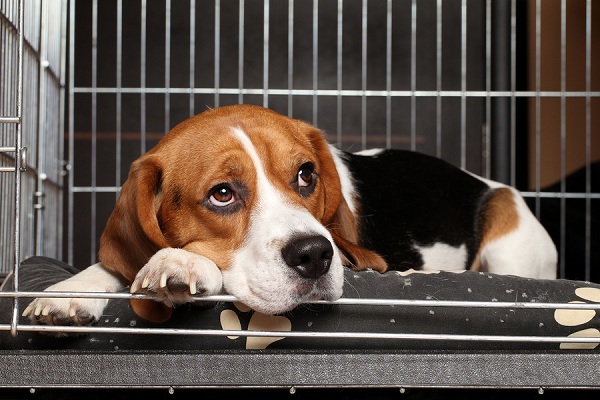 Okay, so let’s say you have finally prepared a crate for your new dog. However, there is one problem. Your dog keeps barking inside his crate! You need to find a solution to stop him from barking so that he does not make so much noise and disturb you and other family members or even your neighbours, especially at nighttime.
You must take note that your dog’s crate should be used appropriately. He should not misinterpret his crate like a place of confinement since it certainly should not work that way. The key is to let your dog understand that his crate is his secure spot in the home, where he can take a rest, sleep, play or even eat. In other words, he should feel comfortable staying in it.
If your dog does not feel a sense of security inside his crate, he will most likely bark until he gets tired, and you definitely do not want that to happen to your dog. There are actually many different ways to stop or prevent your canine pet from barking while he is inside his crate. Below are some of the best ways that you can apply to make your dog feel at ease instead of barking each time he is inside his crate.

1. Set his crate nearby.

It could be that your dog feels anxious inside his crate, so he tends to bark. That is why it is a good idea to bring his crate into your own room. This will make him feel at ease knowing that he has some company near him. 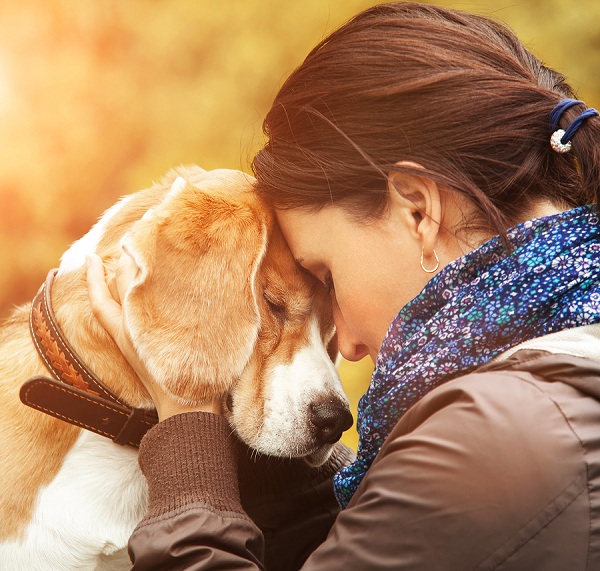 A woman hugs her dog by the ears playfully

If possible, have some time to talk to your dog while he is inside his crate. Do not just put your dog there and ignore him. This will give him a feeling of insecurity. When he gets to hear you talk, sit or move around near his crate, he will feel secure.

3. Make sure he is done peeing and defecating.

It would give your dog a feeling of discomfort when he wants to pee or defecate but cannot go out. It would make him feel like he is being trapped inside, which is not a good thing. Therefore, before placing him inside his crate, make sure he has already defecated or peed earlier.

You can place a blanket inside your pet’s crate. This will make him feel more comfortable while resting or sleeping. This will give him an idea that his crate can be a good place to sleep or rest and one which can give him some privacy so that no one can disturb him.

Crates should not only serve as a resting area for your pet dog but also as a playing area. Put some toys that he can play with safely. Choose the ones that he loves so much. This will make him concentrate on playing with his toys instead of barking.

6. Keep him busy before putting him inside. 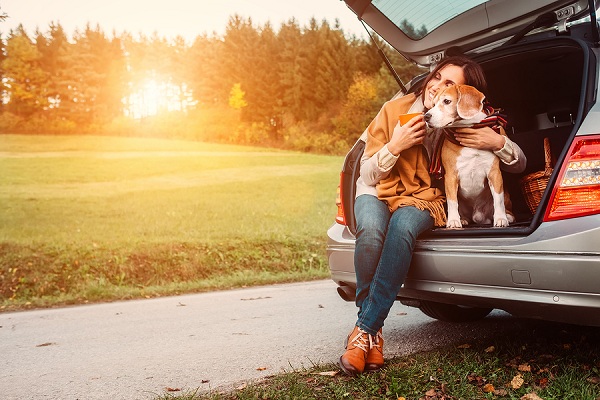 Woman with dog sits in car trunk on autumn road

When your dog is not inside his crate, it is a good idea to allow him to move and play freely. After being active and playing hard for some time, he will soon get exhausted. He will then eventually want to retire. You can then put him inside his crate or he will go directly to it to sleep.

It is perfectly all right to give your canine pet some healthy snacks while he is staying inside his crate. This will give him an impression that he is fed well whether he is outside or inside his crate, so he does not have to worry about food. Moreover, it is important that your dog is not hungry when you place him inside the crate as this will give you a hard time to stop him from barking.

Training Your Dog with Luring Techniques