A lot of people want pets for the company. While most people would opt for a cat or dog, they're simply too high maintenance of an option for others. If you're a busy person, you might be more interested in a betta fish or another low-maintenance pet. But how long do betta fish live?

Quick Navigation
How Long Do Betta Fish Live?
What Is a Betta Fish, Anyway?
Things You Can Do to Increase Your Betta Fish's Lifespan
You'd Better Take Care of That Betta!

How Long Do Betta Fish Live?

You're probably still curious about the question: How long do betta fish live? The simple answer is that they live for about three years. However, there are many factors that can make their life span shorter or longer.

So, you may ask, how long do betta fish live? That doesn't mean you can expect to have the fish for three years.

However, even though the average life span is three years, that's not always the limit. It's not that uncommon for betta fish to live to be four or five years old when they're given the perfect habitat and cared for meticulously.

That's not to say that any betta fish can live this long, because the majority of them will only live about three years even with optimal care.

There are actually documented cases of betta fish who lived for 9 or 10 years in captivity. Of course, these are outliers, and you shouldn't expect this at all if you get a betta fish.

Evidence suggests that betta fish live shorter life spans in the wild when compared to those in captivity. That's because when one of these fish is under your care in a fish tank, you can regulate its atmosphere.

In contrast, in the wild, the waters can quickly become polluted. This can lead to the destruction of plants and food sources, cutting down the lifespan of the fish.

Also, these fish are very territorial and aggressive to others that enter their space. In the wild, male betta fish are exposed to each other more frequently and are more likely to fight and die before their time.

As is typical in the animal kingdom, the males typically look fancier than the females. They have long flowing fins, as well as vivid coloring. Because of this, males are usually the ones that people want as pets.

However, as we've already stated, they tend to be very aggressive and territorial.

That's why they are called the Siamese fighting fish. In order to increase the potential lifespan of male betta fish, you shouldn't keep them in the same tank.

Generally, the lifespan of males and females is not hugely different. However, female betta fish tend to live a few months longer than males.

What Is a Betta Fish, Anyway?

Many people simply know this type of fish as the betta fish. However, it's also known as the Siamese fighting fish.

The betta fish has an interesting history. It was first discovered in Southeast Asia, becoming a known fixture during floods and droughts. Generally, these fish would make their homes in drainage ditches, rice patties, and warm flood plains.

Because it grew accustomed to cyclic and extreme changes in its surroundings, it became a labyrinth fish. That means it developed the ability to take in oxygen from the water through its gills and also breathe oxygen directly from the air.

Because of this adaptation, betta fish can actually survive for short periods of time out of water and can even inhale the air around them, as long as they stay damp.

If you're wondering how the Siamese fighting fish came to be called the betta fish, that's another interesting tale. It turns out that fish fighting was actually a real sport in Thailand; the King of Siam had it regulated and taxed.

Because spectators saw these fish as brave and combative, they became the namesake of an ancient clan of warriors known as the "Bettah."

Here's something to keep in mind:

You need to feed betta fish properly in order for them to retain their bright coloring and live as long as possible.

A proper diet for one of these fish could consist of brine shrimp, daphnia, or dried bloodworms. You can find commercial betta food and pellets that combine all three, along with vitamins and minerals.

Things You Can Do to Increase Your Betta Fish's Lifespan 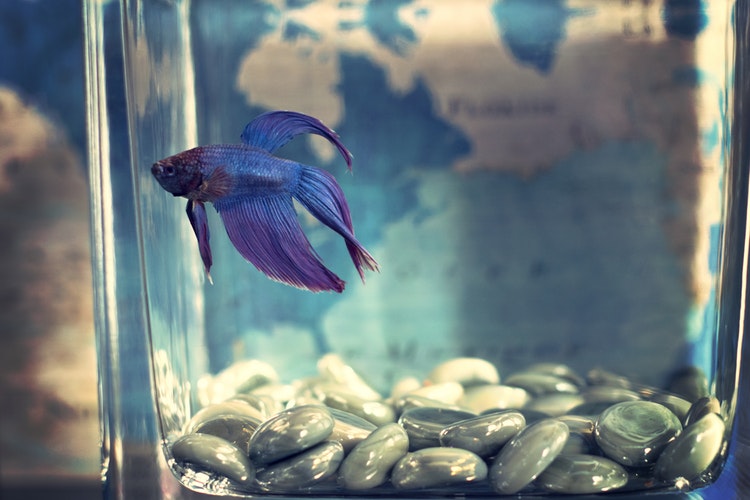 Of course, you're interested in the answer to the question: how long do betta fish live? After all, if you have a betta fish, you want it to have the most extended life possible. People get attached to their pets and want to keep them around for as long as they can.

Of course, one of the ways that you can increase your betta fish's lifespan is to buy a fish that is young and healthy to begin with.

Avoid buying fish with torn or ragged fins, or eyes that are bulging out. Try not to buy one that has sores or any other kind of injury in the body, or pale ones. Paleness is a sign of disease in these fish.

Also, note that a healthy betta fish is generally active and will respond to you if you put your hand on the outside of the tank.

Other than choosing a fish that is healthy, though, there are plenty of things that you can do to maximize the lifespan of your betta fish. You just need to give it the care that it needs in order to thrive.

You should be aware that most betta fish won't eat regular tropical fish flakes. They need rich food that has a lot of protein and fiber.

Betta pellets are great, but you should also try to give them frozen, freeze-dried, or even live brine shrimp and bloodworms. This way, they can get all the nutrition they need. That's how you replicate their natural wild environment as much as possible because they're active carnivores and insectivores.

Make sure that you don't put your betta fish in an unfiltered or unheated bowl, especially one that is less than two gallons in volume.

You should give your betta fish a habitat size of at least five gallons. These fish need a lot of space to be able to hide, rest, and feel safe.

Also, your tank should have a top on it. These fish are jumpers and could leap right out of a bowl to their death.

You may think distilled water is a good choice because it's clean. While it makes sense that you would think that, distilled water lacks the essential minerals and nutrients that these fish need for optimal health.

What you should do is use tap water, along with a water conditioner, to make the water safe for your betta. Another alternative is quality spring water.

Bettas are tropical fish. That means they need water that is consistently warm, between 76 and 81 degrees Fahrenheit.

You might want to buy a small heater for your fish tank with a built-in thermostat, in order to keep your tank temperature consistent.

Long stretches of time in temperatures colder than 68 degrees can actually be harmful to your betta fish's immune system. It can ultimately lead to the fish refusing to eat, being less active, and becoming more susceptible to diseases and death.

Make sure to clean the fish tank as often as necessary. Smaller tanks will need more frequent water changes.

Your betta fish will excrete waste into the water. Also, uneaten live plants and food will break down. All of this will cause ammonia to build up.

All this can cause your betta fish to become very sick and even die. That's why it's so important to keep the tank clean and possibly use a filter to minimize the presence of ammonia, nitrates, and nitrites. 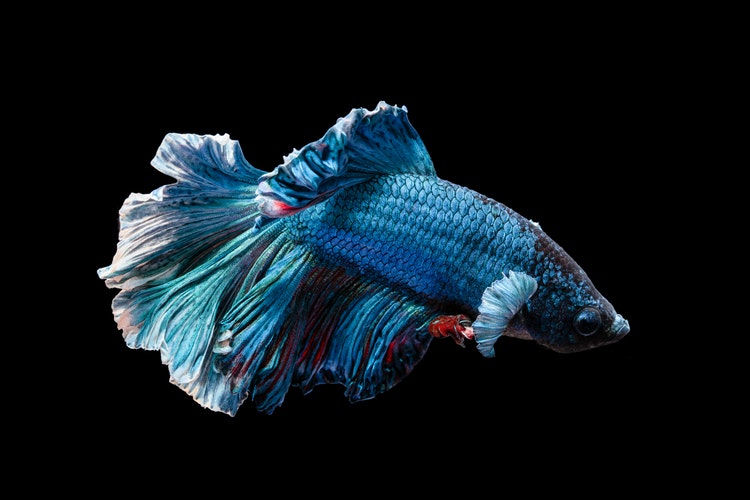 As you can see, there is no simple answer to the question, how long do betta fish live? The answer really depends on how well you take care of your betta fish.

Of course, you'd love to have a betta fish that will be around for a decade, but this very rarely happens. Even if you take perfect care of your pet, this will only happen if you get really lucky. You can, however, ensure that your betta fish lasts as long as possible by taking the best care of him or her.

So how long do betta fish live? The answer really depends on how much work you're willing to do to make sure that they live a long time.

So what do you have to say about everything we've just told you about betta fish? Let us know in the comments!

The Best Pet Carpet Cleaner To Fight Stains And Odors