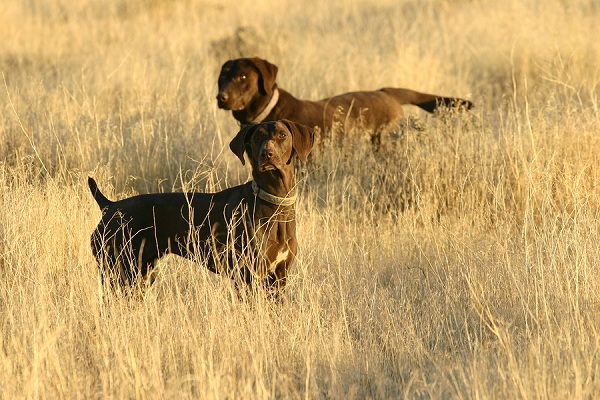 The Pointer, often known as the English Pointer, is a breed of gun dog with a history that goes all the way back to 1650. Well known for its pointing stance, which the dog adopts when it spots game, such as rabbit and birds, Pointers usually have short coats and they come in a variety of colours, but usually they are predominately white with coloured patches. Pointers are fast learners and they make wonderful hunting companions, but they can also make great pets, so long as you keep them well exercised. They are even tempered and friendly dogs that rarely become aggressive and they are also very loyal.

The Labrador retriever, or just Labrador, as many people describe them, originated in Newfoundland where they were bred to retrieve waterfowl. They also have an amazing sense of smell and are great at tracking. Labradors usually come in one of three colours; golden, chocolate brown, or black, sometimes with a small white patch on their chest, which is known as a medallion. They are extremely gentle and kind dogs and they make wonderful pets, but as hunting dogs, they are determined, strong and resilient, and they are also great swimmers. Labradors are very smart, and loyal, which is why they are used as disability assistance dogs in many countries. 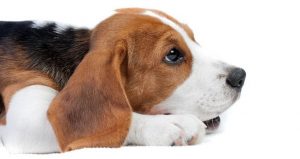 The Beagle is a short haired hound that was originally bred for hunting hares by scent and its history can be traced back to 11th century England. The Beagle has one of the best developed senses of smell of any breed of dog and, despite its small size; it is nimble on its feet, so it can keep with small game like rabbits and foxes. The beadle’s amazing sense of smell and its tracking abilities have made it a favourite breed for use as detection dog for things like drugs and explosives at airports. They are also very intelligent dogs. One beagle assistance dog was once famously credited with using its owner’s mobile phone to call for help when its owner had an accident. 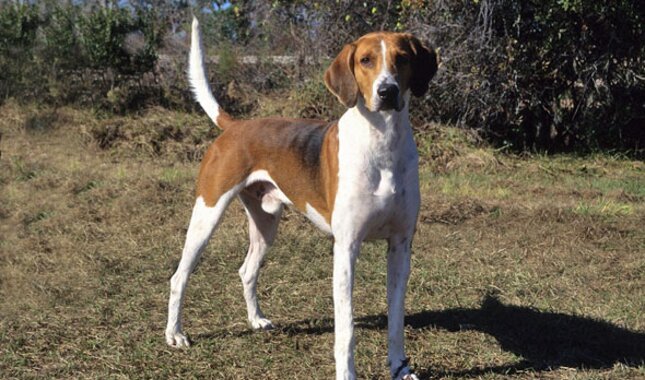 The American Foxhound, which is a cousin of the English Fox Hound, was bred for hunting foxes by scent and its history can be traced back to one of the first packs of hunting dogs brought over to America by Robert Brooke in 1650. The original English hunting dogs were later crossed with the French Foxhounds, which created the American Foxhound. Full of energy and vitality, American Foxhounds love to run and that’s why they are often used for tracking deer. The favoured hunting dog of George Washington, theAmerican Foxhound is also famous for its extremely loud howl, which is why it is not a very popular breed of dog in towns and cities!

Golden Retrievers were named after their beautiful golden coats and their ability to retrieve birds. They have wonderful temperaments and they make perfect family pets. They are kind, friendly, and confident and they are very patient too, which makes them good with children. As hunting dogs, they are well suited for retrieving water fowl. They have thick coats that repel water and they are good swimmers too. They are also eager to please and very obedient, which is why they often feature in obedience trials and are frequently used as disability assistance dogs.

The famous Bloodhound was originally bred to hunt deer and pigs and it has been used for tracking people since the early middle ages. Today, Bloodhounds are used by law enforcement agencies all over the world for tracing escaped prisoners and criminals on the run. Today, bloodhounds are used more in tracking trials more than they are used in hunting, where you will find them tracking alone, rather than in a pack. The Bloodhound is a gentle dog, but it can be a bit stubborn and difficult to train. They can make good family pets, but a lot of people do recommend that Bloodhounds are not left alone with small children. 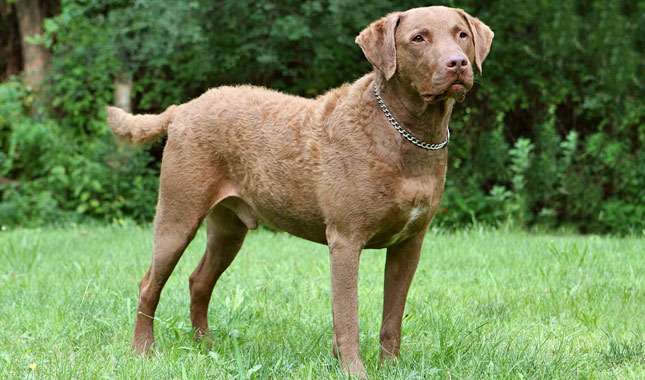 The Chesapeake Bay Retriever looks similar to the Labrador Retriever, but it has a wavy coat, rather than the smooth coat that the Labrador has. The history of the Chesapeake Bay Retriever can be traced back to two individual pups that were rescued from a ship in Maryland in 1807. Those original pups, which were Newfoundland dogs, were bred with local dogs to create what we know today as the Chesapeake Bay Retreater. The dog has great stamina and hunting ability and it is used for retrieving waterfowl and as a hunting companion. Their temperament is described as happy, courageous and willing, and they absolutely love the water. They also make great family pets. 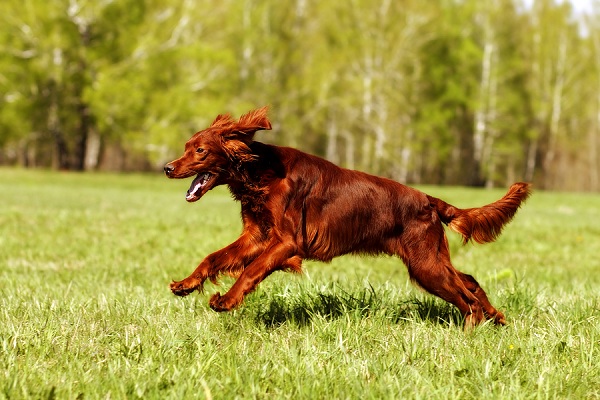 The Irish Setter, which is also known as the Red Setter, is a breed of gun dog that also makes a wonderful family pet. With its silky, mid-length red, or chestnut coat, Irish Setters are great with children, although than can get a bit excitable. Their long coat also needs a lot of grooming to stop it getting matted. Although a direct lineage cannot be proven, the first reference to a “Setter” was made in 1570. The earliest records of what we would recognise as a Setter date back to the 18th century. The Irish Setter was bred for locating birds. They are tireless hunters that are as happy hunting in dry terrain as they are in wetlands and moorlands.

The Coonhound derives its name from the hunting of raccoons. The dogs were bred specifically for hunting animals that hide in trees when they are being chased, such as racoons, bobcats, and even large animals, such as bears and cougars. Coonhounds are, first and foremost, working dogs, and that is displayed in their temperament. They are good natured and easy going, but if you let a Coonhound off the leash, it is likely to go off on its own exploring. They can make good pets, but they do need a lot of exercising. When trained properly, Coonhounds make wonderful hunting dogs and they can be trained to hunt all kinds of prey.

Well known for their piercing, light amber, grey, or blue-grey eyes, short coat, and athletic build, the Weimaraner are great all-round hunting dogs that can be used for tracking, pointing, and retrieving, on land or in the water. The ancestry of the breed can be traced back to 13th century Europe, when Weimaraner was the favoured hunting dog of the nobility and royalty. They were originally used for hunting large game such as deer, boar and bear. They are now more often used for hunting foxes, rabbits and fowl. The Weimaraner is a hunting dog with lots of stamina and endurance, and it has a strong instinct to hunt. If kept as a pet, a Weimaraner will need lots of exercise and it will need good training if it is to keep its hunting instincts under control 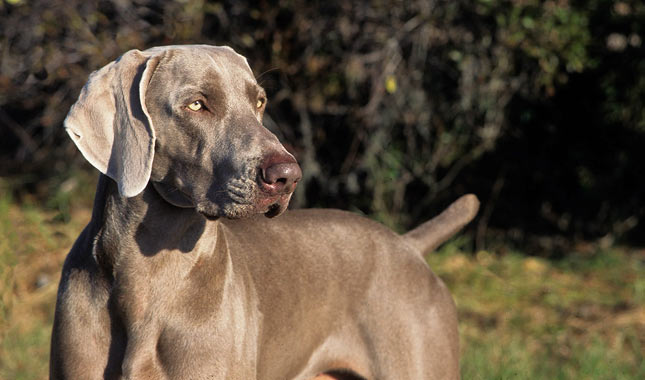 The one thing all of these wonderful hunting dogs have in common is that they make amazing, loyal and determined hunting companions. Hunting dogs can either be scent hounds that will track prey, pointers that will show you where the prey is hiding, retrievers that will recover prey, gun dogs or general sporting dogs that can do all these things. However, these days, hunting dogs are not usually used to actually kill prey. If you have never hunted before, with or without hunting dogs, here are a few tips on some of the accessories and equipment that you will need for a successful hunting trip. 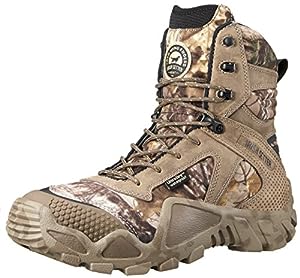 Before you set out in any hunting trip, make sure that you have the appropriate type of hunting boots, preferably a pair that have already been broken in and are comfortable to wear. A good quality backpack is another essential hunting item, and preferably one that is large enough to carryall your equipment and a fair amount of your game as well if you’re successful. You will also need a good hunting knife so that you can skin and gut game should you need to. Remember,too, to always bring your compass and a map of the area, which are just as important as your gun or bow.

Having appropriate camping gear, such as a waterproof tarp, a fire starting kit or a backpacking stove, along with the proper knowledge of how to survive in the wild make sure that you are fully prepared for any unexpected nights outside and it will make a hunting trip a lot more comfortable. You never want to have to stay out overnight if you hadn’t planned to, but being properly prepared for the eventuality will keep you and your dog stay safe.

Whenever you are on a hunting trip, always use caution and make safety your number one priority. If you use the right hunting gear, it will help to ensure that have a safe and exciting outing for both you and your hunting dog.

Always ensure that you putcaution and safety first when it comes to using a gun or a bow, so you don’t have any accidents. Carry any knives in their sheaths and double check everything before you leave and before you return. Always keep your equipment clean and well maintained, to ensure a smooth and safe hunt.

And finally, never go on a hunt without the properequipment.Wear clothes that are appropriate for the climate and take emergency survival equipment and rations with you. Caution is everything when you are hunting. So, stay safe, and enjoy your hunting trips with your hunting dog.

Written by Scott Man from Huntinggearcenter

Training Your Dog with Luring Techniques

The Ultimate List Of Cat Names To Name Your New Kitty