A dog that barks excessively can be a nuisance to the owner and it can cause problems with the neighbours too, but training a dog not to bark can be very difficult, especially when you can’t guarantee to be around when the barking starts.

Electronic anti-bark collars have been around for some time and they are an effective way to control a dog’s barking, but some people simply don’t like the idea of their dog receiving an electric shock as a way of curtailing their barking.

That’s why we’ve picked out the Bark Solution bark control co﻿llar for a special review, because it has an innovative design that makes a bark collar much gentler and more humane. 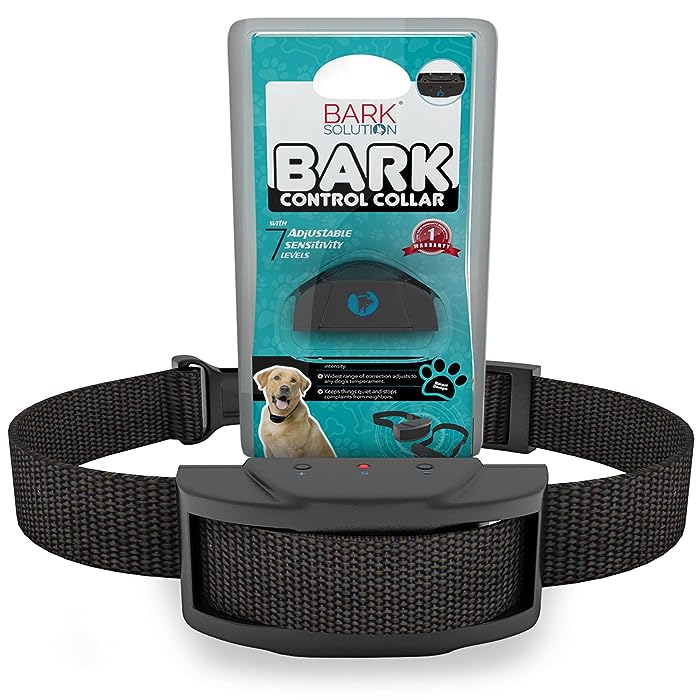 Buy It On Amazon.com

On most of the best bark collars you can set the level of the shock correction to suit your dog, but once that level is set, the Bark Solution remains the same whenever your dog barks. What makes the Bark Solution bark control collar different from most other dog shock collars is that it gradually increases the intensity of the correction, up to maximum level, until the dog stops barking.

That means that the dog is first given a gentle reminder not to bark and then it increases to a correction if the dog continues to make a noise. Here’s our review of the very cleverly designed Bark Solution bark control collar. 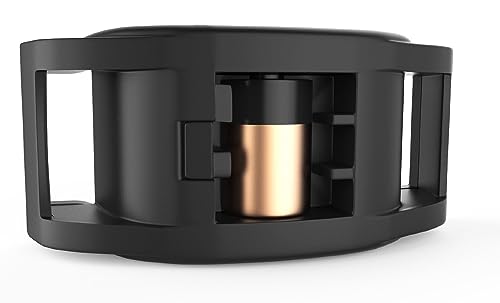 The Bark Solution bark control collar is being called a third generation bark collar, because of the degree of control you have over it. The collar is recommended for use with dogs between 15 to 120lbs, but it is not recommended for small dogs and puppies. The collar works by detecting the sound of the dogs bark and the sensitivity of the microphone can be adjusted to suit the voice of the dog. There is also microprocessor on the collar that filters out background noise and so prevents false corrections. When the dog barks, the collar will emit a tone and give the low level of shock correction. If the dog continues to bark, the volume of the tone and the intensity of the shock will increase through a maximum of seven levels, after which, it will cut out for a period of time to ensure the safety of the dog. 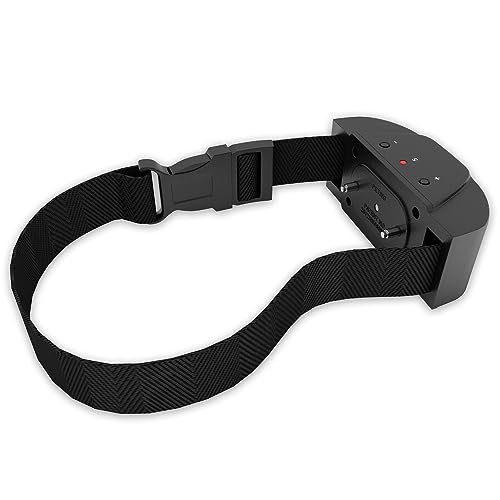 The benefits of the Bark Solution bark control collar over less sophisticated bark collars are clear. The graduated correction that the collar gives is both more effective than a single level correction and it is more humane as well.

After just a short time of wearing the Bark Solution bark control collar, a dog will learn that it shouldn’t bark after just the first gentle reminder that the collar gives. If the dog persists, the correction will increase; just as you would gradually increase the level of chastisement if you were telling the dog off for barking.

The Bark Solution bark control collar gets a resounding chorus of approval from pet owners, with many reporting that the collar stops dogs barking excessively after just one or two corrections. Many dog owners also report that it is advisable to start using the collar at the lowest correction level and then increase the level if your dog needs it.